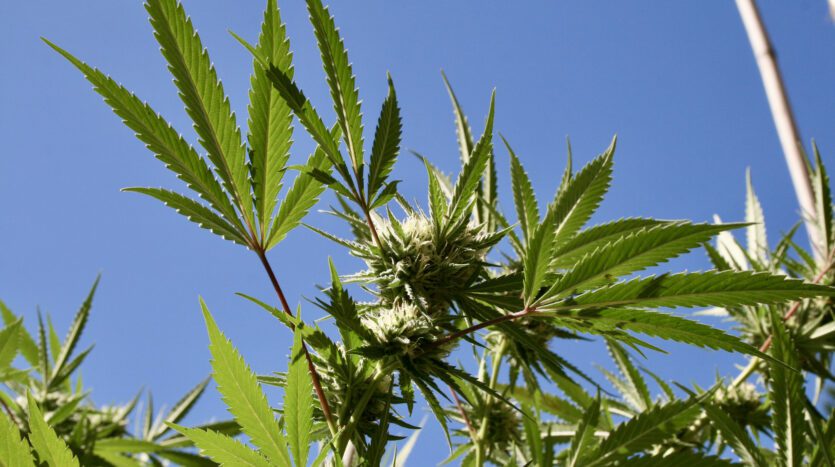 Across the U.S Mayors are Pushing Biden And Congress To Legalize Marijuana With A Focus On Racial Equity

Members of the U.S. Conference of Mayors recently voted to call on President Joe Biden to federally legalize marijuana, expunge prior cannabis convictions and allow for commercial sales under a model that promotes social equity.

The organization, which represents mayors of cities across the U.S., passed the comprehensive resolution as part of its 89th annual meeting late last month. It notes that the U.S. government has owned a patent recognizing the medical value of cannabis and cited statistics about the racially disparate impacts of criminalization.

But the mayors emphasized that people from communities targeted by prohibition enforcement are underrepresented in business ownership in state-legal markets and that cannabis equity initiatives that use race-neutral qualification standards in state and cities across the country have so far “failed to create equitable market participation and leverage the benefits of diversity.”

The group said “the government is accountable for remediating all negative impacts of cannabis prohibition through every aspect of cannabis legalization and policy reform, specifically to ensure that communities disproportionately impacted by the prohibition of cannabis are able to benefit from this multi-billion dollar industry.”

To that end, the group is calling on Congress and President Joe Biden to “remove cannabis, specifically delta-9 tetrahydrocannabinol (delta-9 THC) and its derivatives, from the Drug Enforcement Agency’s list of controlled substances, to end criminal penalties for cannabis possession and use, and to automatically expunge all past cannabis convictions, including resentencing and restoring all rights particularly voting rights,”

It further implores the administration and lawmakers to “create and update all public policies to reflect that cannabis is medicine and an effective treatment for a variety of health conditions.” That includes “amending policies to specifically protect cannabis patients from THC-based drug screening for access to employment and public resources such as housing, financial assistance, health care and education.”

“The United States Conference of Mayors calls on Congress and President Biden to legalize cannabis commercialization and sales for adults, 21 or older, through an equity-centered framework of fair taxation, diverse licensing types, and regulation that clearly and consistently ensures for a safe, accessible, equitable and sustainable cannabis marketplace,” it continues.

Part of the solution could be the passage of a congressional bill to federally deschedule marijuana and promote social equity, the group said.

The mayors’ group said passing either proposal would represent a “first step towards ending the failed ‘War on Drugs,’ repairing the multi-generational harm on U.S. citizens particularly Black, Indigenous and Latino/a/x communities, and preventing further harm caused by collateral consequences of criminalization and intentional barriers to access the rapidly developing legalized market.”

Under the procedure used to consider resolutions at the Conference of Mayors meeting last month, three mayors—Bryan Barnett of Rochester Hills, Michigan; Christina Muryn of Findlay, Ohio and Francis Suarez of Miami, Florida, all Republicans—voted no. It otherwise was approved without objection by the group representing 1,400 mayors from cities across the country that have populations over 30,000.

This isn’t the first time that the U.S. Conference of Mayors has embraced broad marijuana reform. And they’re not alone, with multiple other associations of local governments calling for a policy change in recent years.

In 2018, the mayors’ organization said the federal government should remove cannabis from the list of controlled substances and also called on cities in states that have legalized marijuana to expunge people’s past convictions.

Even earlier, in 2013, the group approved a resolution demanding that the federal government respect local cannabis laws. That measure, coordinated by Marijuana Moment’s editor through his prior advocacy organization Marijuana Moment, was unanimously approved.

A 2019 survey found that a majority of American mayors want cannabis to be legalized and sold in their cities.

The National League of Cities (NLC), an organization founded in 1924 to empower local governments, similarly passed a resolution in 2018 calling for the removal of cannabis from the Controlled Substances Act, as well as a separate measure on giving marijuana businesses access to banking services.

The National Association of Counties, which represents the roughly 3,000 county governments across the U.S., has also urged the federal government to allow states to legalize marijuana without interference. Members adopted a platform plank in 2018 saying “the federal government should largely be responsible for regulating and enforcing against illegal drug trafficking, while respecting states’ right to decriminalize cannabis under state law.”

The National Conference of State Legislatures (NCSL) has adopted a number of pro-reform resolutions over time, including one in 2018 that said the federal government needs to end marijuana prohibition so that states can enact their own cannabis policies without intervention.